skip to main | skip to sidebar
THE IJ-7 CONFERENCE BLOG 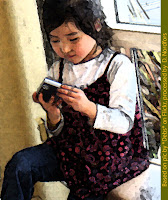 The World Economic Forum is contributing to IJ-7 by heading a keynote panel: The Future of Media in the World.

Innovation and globalization are reshaping the media landscape. It is nowadays very far from obvious what is the next big thing, and where it is happening. One thing is certain - today, the forefront of media can be anywhere. The largest growing penetrations of cell phones are in emerging economies, as are often the high profits for traditional media, such as newspapers and TV.

Diana El-Azar, heading the World Economic Forum Media, Entertainment and Information Industry partnership, will make an introduction to the topic, and then head a discussion with a truly international panel: