skip to main | skip to sidebar
THE IJ-7 CONFERENCE BLOG

Krishna Bharat, founder and engineering head of Google News, speaks with David Nordfors, Founding Executive Director of the Stanford Center for Innovation and Communication at Stanford University, at the opening keynote session of IJ-7, the Seventh Conference on Innovation Journalism, at Stanford on June 9, 2010.

The Google News Blog coverage of the chat is here: Krishna Bharat discusses the past and the future of Google News.

[Addition June 21] - here is some external coverage of the chat:

Posted by David Nordfors at 5:10 PM No comments: 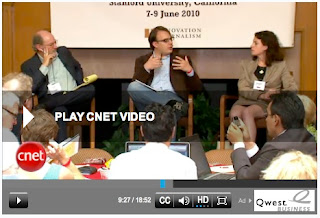 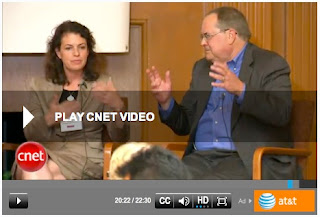 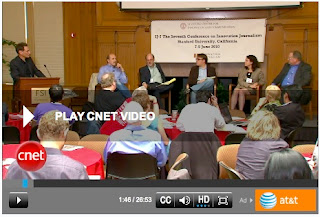 The winners of the InJo Picks 2010 were announced today at IJ-7, the Seventh Conference on Innovation Journalism. This years' role model innovation journalists (and the Injo Fellows who nominated them) are:

Injo Pick No 1: Mark Glaser, editor of Idea Lab and PBS MediaShift, nominated by Tanja Aitamurto for his story "Why 'TV Everywhere' Will Fail".

Injo Pick No 2: Sheraz Sadiq, Associate Producer of Quest, KQED, nominated by Matej Praprotnik for his story "Decoding Synthetic Biology; imagine living cells acting as memory devices; biofuels brewing from yeast, or a light receptor taken from algae that makes photographs on a plate of bacteria"


Injo Pick No 3: Peter Aldhous, San Francisco Bureau Chief, New Scientist. Nominated by Shehryar Mufti for his story "My 'non-human' DNA: a cautionary tale;'This is a strange question, but are you sure this is Homo sapiens?' It's not every day that an expert queries whether your DNA is human, so when I received this comment by email earlier this month I was somewhat bemused."


The whole list of InJo Picks 2010 nominees and their stories are available on the IJ-7 conference website.
Posted by David Nordfors at 8:36 PM 2 comments:

Tha Shape of Things to Come

The roundtable session 'Young Peoples' InJo' is, by far, one of the most exciting projects I've been involed in. Esther Wojcicki's journalism students from Palo Alto High, collectively, are a force of nature. Between Ed Madison from the University of Oregon, Tim Dickinson from Rolling Stone, and, of course, Esther Wojcicki herself, this session promises to be an eye-opener to say the least.
We all know how powerful young people are becoming, and how central a role innovation has played in that. This is the session, however, that will show you how this shift is manifesting itself.
Posted by Shehryar at 3:12 PM No comments: